As of Pd 0.46, sending a float to [toggle] doesn't change the non-zero value of the [toggle]. I went and confirmed this behavior in Pd 0.51-4. The [toggle] object in Purr Data 2.15.2 exhibits the behavior of Pd Vanilla 0.45 and earlier, where the nonzero value is changed by sending a float. I have attached a picture showing the behavior. Not sure if this is a conscious decision or not, I was under the impression that PurrData was aligned with the most recent Pd Vanilla version. 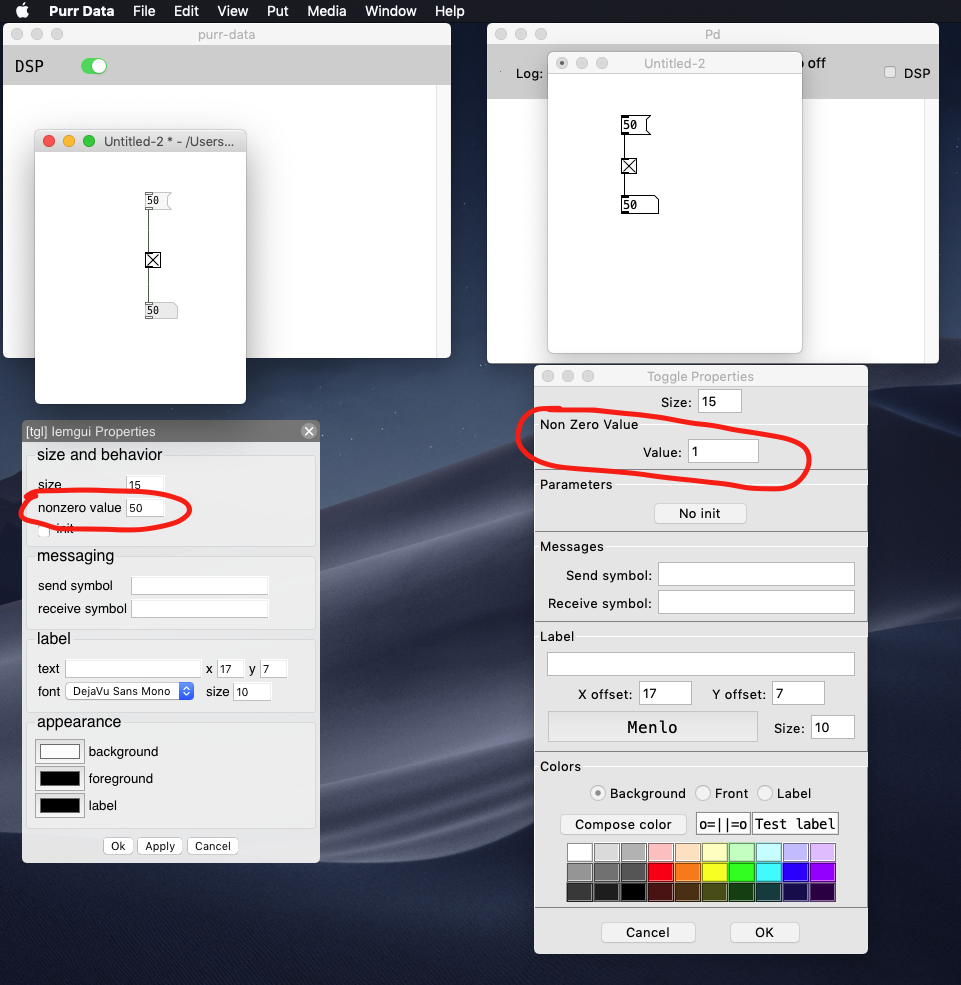