Collapse sidebar
The source project of this merge request has been removed.
Merged
Created Jul 14, 2016 by

Here are some strictly cosmetic changes to the GUI that I already have in my release branch. I know that this is always a matter of taste, but the changes also fix some real display glitches especially in the prefs dialog, so it would be nice if you could consider them to be merged upstream.

I'm not exactly sure whether it's related to the inclusion of the hex64-encoded DejaVu font, but in the current HEAD the labels in the dialogs have a rather large size, resulting, in particular, in some bad line breaks in the prefs dialog (see screenshots below). I therefore adjusted the font-size attribute in the dialog_body class so that it's the same as in the main window (10pt). I also slightly increased the size of the prefs window so that the audio tab is shown without a vertical scroll bar, and that the input and output ports fields on the MIDI tab fit on one line, as intended. While I was at it, I also added the dialog_body class to the help browser, I think that it looks nicer that way, too.

The screenies were all taken on Arch, but AFAICT it looks the same on Ubuntu 16.04.

Here's how the audio tab of the prefs dialog looks like, before and after my changes: 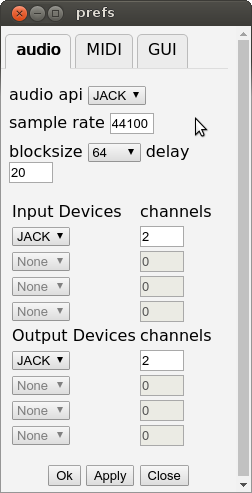 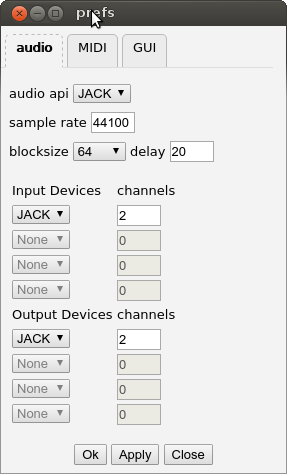 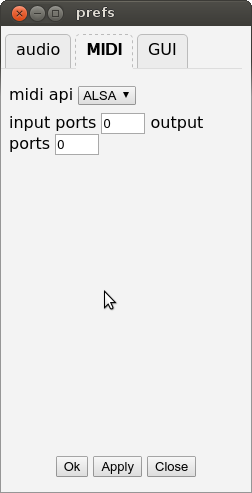 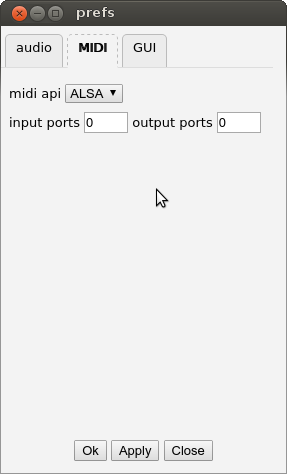 A properties dialog (this one is from a bang iemgui object): 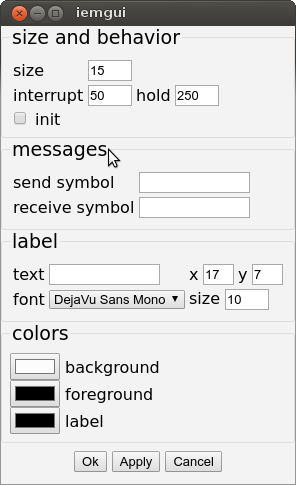 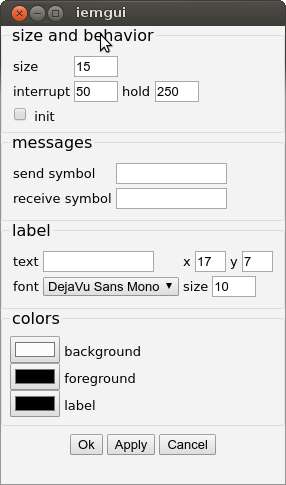 And finally the search dialog (this now has a grey background like the other dialogs; I don't think that it looks bad this way, but if we want to keep the white background then it should be an easy matter to add a variant of the dialog_body class which does that). 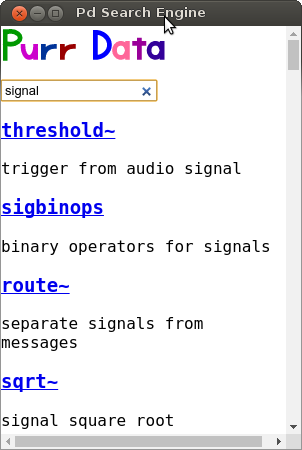 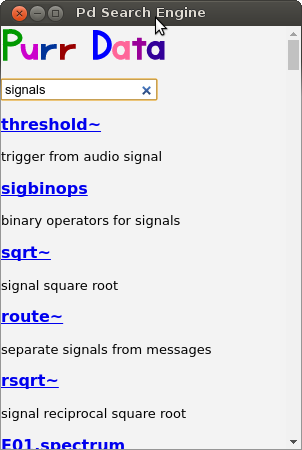